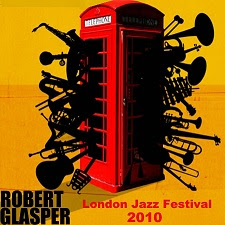 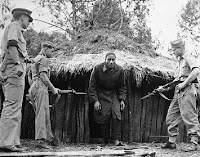 
Between 1902 and 1915, 7.5 million acres       (3.1 million hectares) or 20 per cent of the best land in the country was declared Crown property and reserved for white immigrants only. The British colonial government sent in waves of white settlers, from South Africa and England, with the hope of creating another “white man’s country”. On 20 October 1952, Governor Baring signed an order declaring a State of Emergency after attacks from angry natives. The proper name for the liberation forces that fought against British colonialism and land-grabbing in East Africa was the Kenya Land and Freedom Army. The movement was derisively called “Mau Mau” by the British propaganda machine in an attempt to depict these African freedom fighters as a primitive and anti-white tribal cult. Members of Mau Mau are currently recognised by the Kenyan Government as freedom/independence heroes/heroines who sacrificed their lives in order to free Kenyans from colonial rule. The Kenya Human Rights Commission has said 90,000 Kenyans were executed, tortured or maimed during the crackdown, and 160,000 were detained in appalling conditions usually on trumped up charges. Only 32 whites were killed. Sarah Obama, President Barack Obama's grandfather's wife told him that her husband was imprisoned for six months and tortured before being tried in a British court. Four elderly Kenyans are seeking redress for their brutal treatment by the British during the suppression of the Mau Mau rebellion in the 1950s. One has since died and British courts will drag their feet hoping the remaining three quickly die of old age. Robert Jay, representing the Foreign Office, admitted that two of the men, Ndiku Mutua and Paulo Nzili, were tortured and castrated by the British, and a third, Wambugu Wa Nyingi, was beaten unconscious during the Hola massacre, on 3 March 1959, when 11 prisoners were clubbed to death by the guards. The only woman claimant, Jane Muthoni Mara, was tortured and sexually abused. In 2011, papers documenting the suppression of the Mau Mau revolt, and which had been 'missing' for fifty years, were uncovered in connection with the above-mentioned legal case. The documents had been flown out of Africa on the eve of Kenya's independence because they "might embarrass Her Majesty's Government". "Embarrassment hardly covers it," remarked a Times editorial, noting that "the covert history of colonial administration in Kenya bears comparison to the methods of torture and summary execution in the French war in Algeria. The release of these documents has sparked similar actions from veterans of other anti colonial struggles, such as the EOKA campaign against the British occupation of Cyprus. The Foreign Office holds about 8,800 files from 37 former British Administrations, including Aden, Brunei, Cyprus, Fiji, Gambia, Jamaica, Kenya, Malaya, Malta, Mauritius, Nigeria, Northern Rhodesia, Palestine, Sarawak, Seychelles, Sierra Leone, Singapore, Solomon Islands, Swaziland, and Uganda. Much of the wealth that laid the foundations of British global rule was acquired from trade in African slaves. Brutal subjugation of the colonial world was part and parcel of imperialism’s drive to secure world markets, cheap labour and raw materials. In the past Britain's rulers have carried out mass murder and torture on an immense scale, also the 1982 Falklands War where Argentinian troops were slaughtered after they had surrendered ( + http://en.wikipedia.org/wiki/ARA_General_Belgrano )  and recently the brutal occupations of Afghanistan and Iraq to the bombing of Libya, the world is strewn with victims of the British pursuit of profits. Is the western dominated International Criminal Court just another propaganda machine? 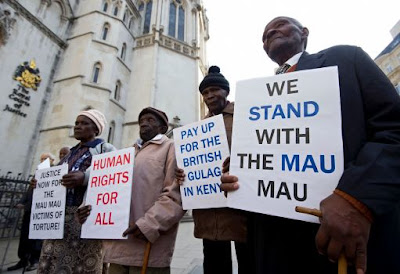 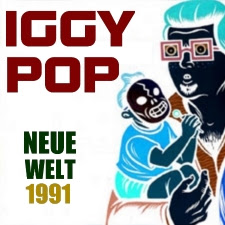 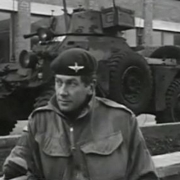 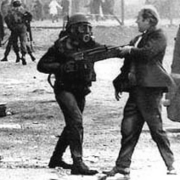 When British soldiers are on rifle ranges in Germany or England, it is normal practice to keep a couple of clips of ammunition for the Irish. This is illegal, but the NCOs turn a blind eye. These spare rounds can be used to replace any used rounds in Ireland when on patrol. Baton rounds are doctored with bits of metal and razor blades to cause even worse injury. Uniformed patrols hang around school gates for the aggro...
Why can the agents of the British Government kill and torture the manifestly innocent and never pay any penalty? Is the western dominated International Criminal Court just another propaganda machine?.

Posted by Sergeant at 01:58 No comments: 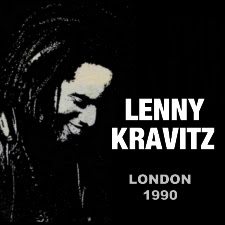 In 1981 after members of the Argyll and Sutherland Highlanders regiment were convicted of the murder of two Catholic farmers in Northern Ireland (Pitchfork Murders), veterans of the Aden conflict came forward in the Scottish media to admit to atrocities they had seen or participated in. Wounded prisoners had been murdered by morphine injection and a teenager caught out after curfew had been bayoneted to death on the orders of an officer. (Despite there being no curfew order). Unarmed Arabs were killed out of hand regardless of  the Yellow Card instructions which laid out the circumstances in which soldiers could open fire. To detain an Arab, soldiers were taught to shout ‘waqaf ’ - pronounced ‘wakeef ’ - meaning halt. If three warnings were ignored soldiers were then entitled to shoot, but some treated this as a joke and shouted ‘fuck off’ or ‘corned beef’ instead. Not surprisingly, most Arabs did not understand this and several were just gunned down.There were admissions also that the Argylls had been guilty of widespread looting. The Argylls used the Chartered Bank building in the Crater as their headquarters and snipers stationed on its roof would shoot at anyone thought to represent a threat in the streets below. A BBC journalist wrote "once we stood together in Crater watching the Argylls stacking, as in a butcher's shop, the bodies of four Arab "militants" they had just shot and Lt-Col. Colin Mitchell said: 'It was like shooting grouse, a brace here and a brace there'." Is the western dominated International Criminal Court just another propaganda machine?
http://www.troopsoutmovement.com/oliversarmychap12.htm
Posted by Sergeant at 03:06 No comments: 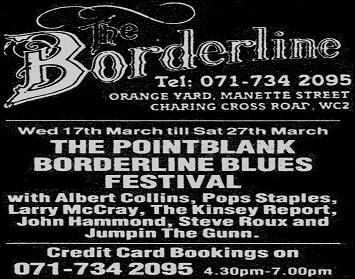 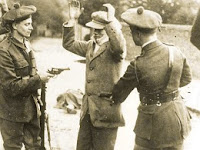 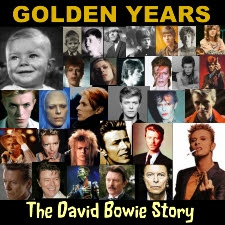 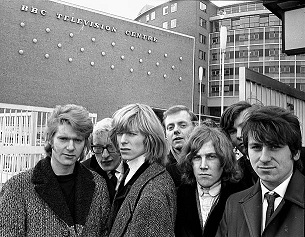 Bowie At The Beeb
Narrated by Andy Peebles. 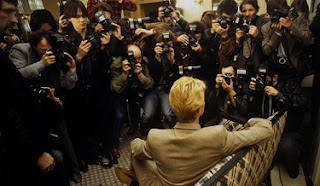 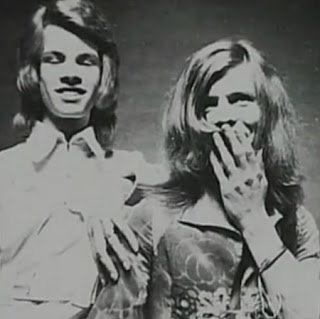 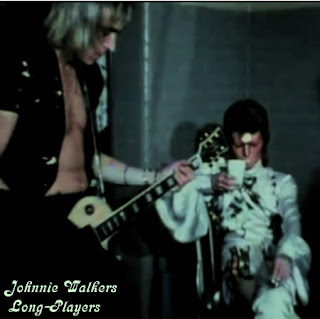 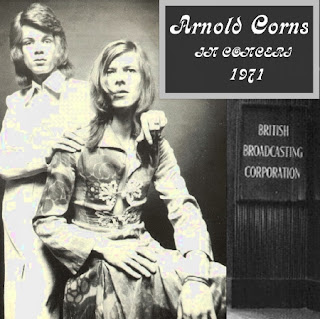 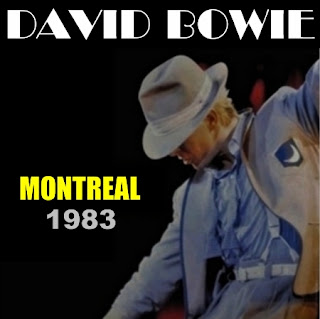 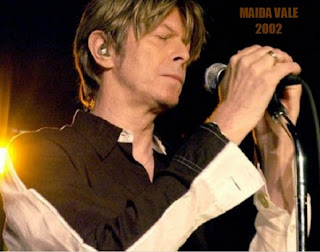 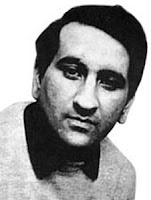 Posted by Sergeant at 13:14 No comments: 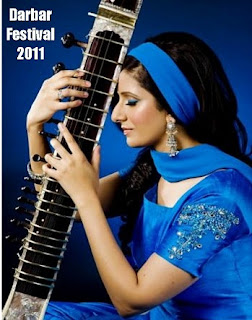 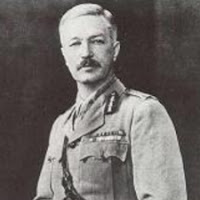 The number quoted by the Indian National Congress was more than 1,500 casualties, with approximately 1,000 killed.
Posted by Sergeant at 13:28 No comments: 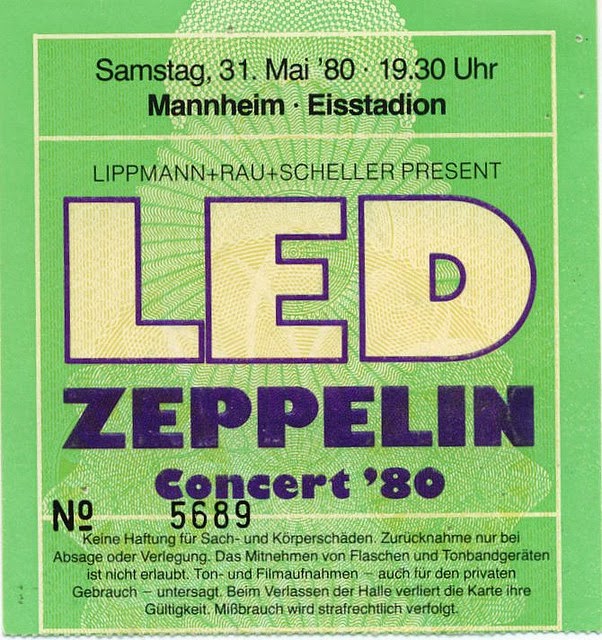 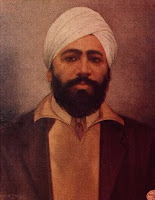 Hero
Posted by Sergeant at 13:20 No comments: 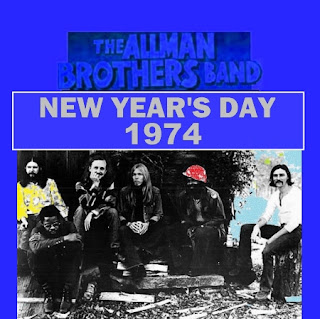 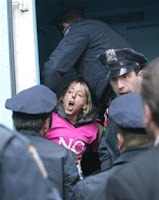 Heroine
Posted by Sergeant at 01:09 No comments: